This page describes the installation and usage of the EEGoSports driver plugin for MNE Scan.

In a second step, the eegosports subproject has to be reintegrated into the mne-cpp project. This can be achieved by adding MNECPP_CONFIG += withEego in the mne-cpp.pri file.

For a correct recognition of the EEGoSports device, the operating system compatible driver has to be installed with the delivered software. Furthermore the two files eego-SDK.lib and eego-SDK.dll from the driver’s library have to be copied to the location:

In a last step, for older SDK versions the license files which are delivered with the device have to be copied to

For recent versions of the SDK, this step is not necessary.

After that, the device can be connected to the computer and be switched on and MNE Scan can be started. It is now possible to use the EEGoSports plugin in the MNE Scan environment. Via drag & drop the plugin can be added to the plugin box and connected to other processing items like shown in the following figure. 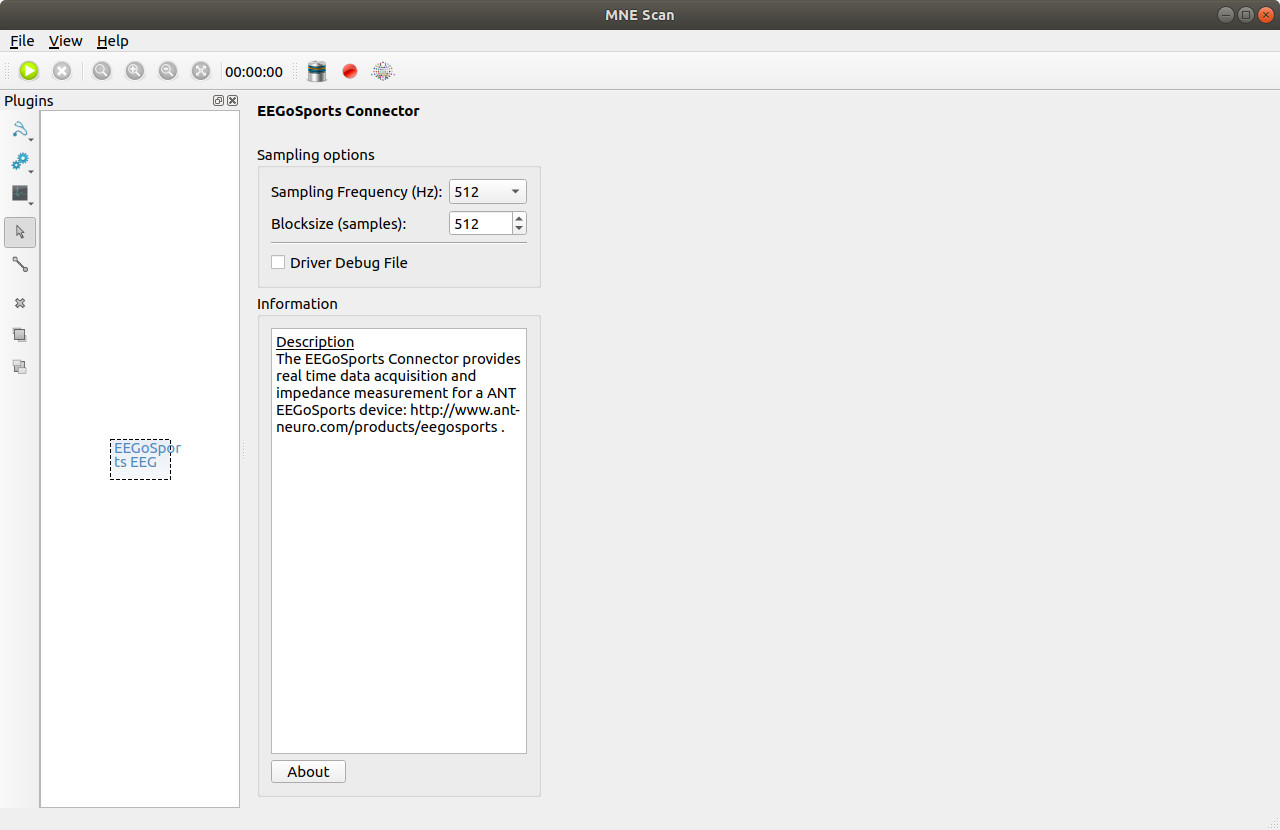 The GUI of the EEGoSports EEG plugin allows the adjustment of sample frequency and block size. A FIFF-data-stream is now streamed to the real-time display and subsequenty connected plugins.

Besides the electrode measurements, the FIFF-data-stream additionally contains one channel for the reference electrode, the trigger channel, and the sample count channel. 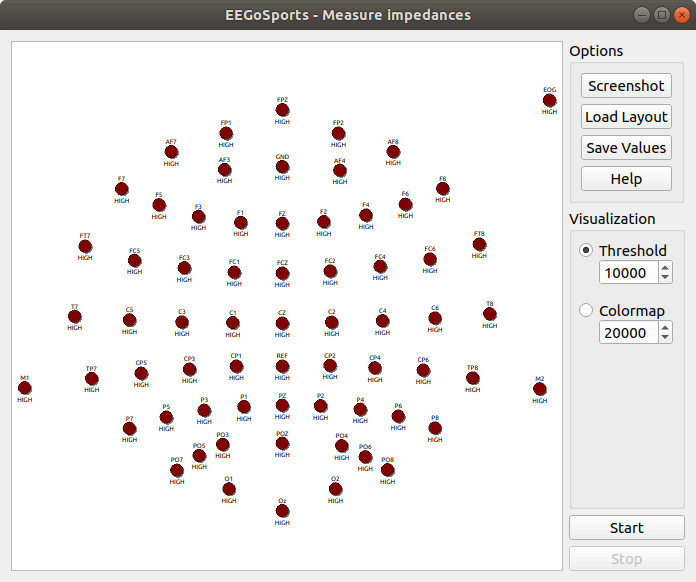 At the end of the list of electrodes, the positions of reference and ground electrodes should be added with the labels REF and GND.

Two options exist for the color coding of the impedance values: